Overflow begins on a moderately sloped hill with smooth rolling tables and doubles, allowing the rider to gain speed as the trail turns into large sweeping berms, leading into the spectacular gap jump over the “Flow” trail overlooking Lake Superior. A steep rolling “B” line is available off the edge of the wooden gap bridge. Both lead into a massive cradle of a berm, quickly followed by more tabletops, doubles, and massive berms that allow a breathtaking amount of speed to be maintained.

Overflow continues to wind down the hill, guiding the rider over multiple rock gardens and features, offering large wall-like berms after features and a selection of gap jumps along the “A” lines and slower rolling “B” line options. The “Dinosaur Rock” is a smooth natural rock feature with undulating levels of rock shelves that offers an infinite number of lines across its roughly 30 foot width, ending with a selection of two levels of drops or a slow rolling line around the outer edge.

The trail continues along more rock walls and large arcing turns, leading into the last large feature on the trail. “Man Pants” is a hefty natural rock wall with a steep roll into a drop with a wide rock patio as a landing pad. The speed gained during the drop will vault the rider quickly into one last berm and a handful of remaining rollers before the end of the trail. The “B” line features a quick succession double drop that takes a wide line around “Man Pants.” Those who wish to keep wheels on the ground have the option of taking a variety of very technical and steep lines down the “B” line rock face. Both “B” line options filter out into the last berm and following rollers that lead the rider to the bottom of the trail. 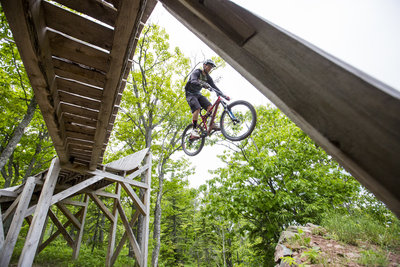 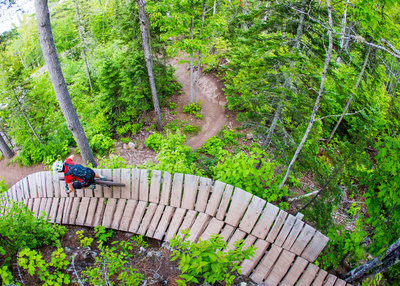 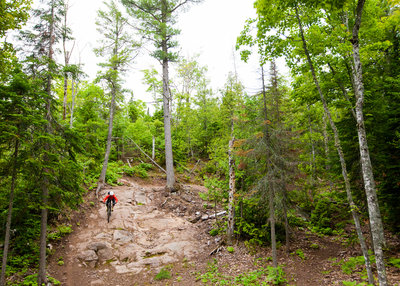 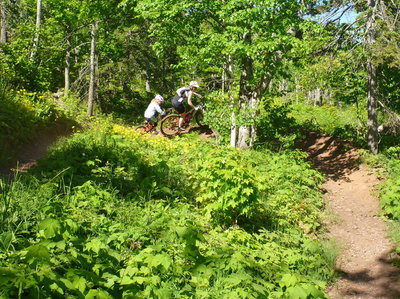 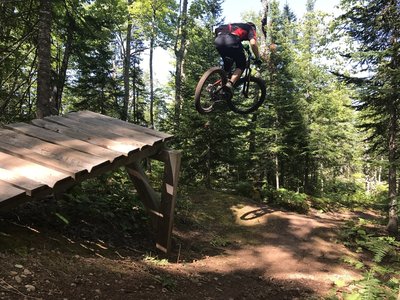