“Through the heart of Sugarloaf Peak mountain ”

Black Canyon is a short, demanding trail that takes you between several of the shorter peaks south of Sugarloaf Peak, with amazing geology, a good chance of seeing wildlife, and sweeping vistas.

The north approach starts with doubletrack and numerous tempting trails that look like they go somewhere but don't. Once you make it up the steep doubletrack climb, you'll be back to singletrack which will continue climbing and loop around to the base of Sugarloaf. If you have the lungs for it, take the hike up to the base of the cliff for even longer views of the desert below.

Now you've made it to the payoff; the fun bit is a short downhill run between two of the peaks that includes a dry waterfall followed by an eroded, chunky descent. Though it doesn't last long, this is one of the more technically demanding sections of trail with opportunities to try out those new knee and elbow pads.

The south end dumps you out in the plain between the trails around the peak, with no well-defined path back to the parking by the tire disposal site. Once again, there are many trails that look like they go somewhere, but don't. You can head west and you'll eventually hit the canal road. The best route is to pick up the tail end of Westside and hook back up with Ryan's Trail, which will take you back to the parking area. 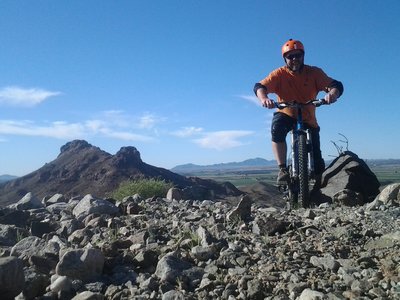 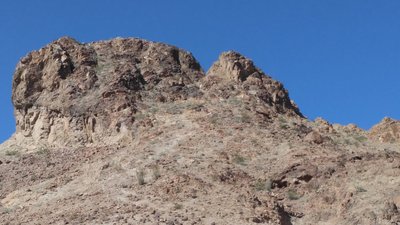 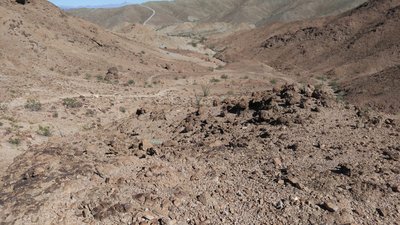 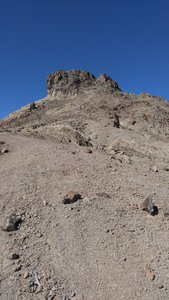 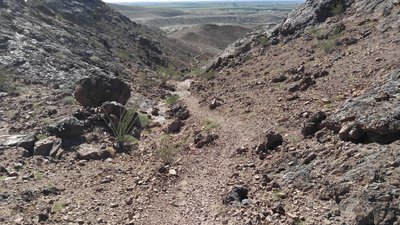