“Steep ups and downs with some blind turns - let others know you're there as this trail is two-way. ”

The New Territory Trail can be ridden in either direction, as it stretches on the North side of the Brazos River from 99 North to US 69 / 59 / Southwest Freeway. It can act as a connector in between the River Bend Trails on the West to Sugar Land Memorial Park and Justin Brindley Trail on the East.

Use caution and and call out "rider!" around blind turns as you may encounter a rider coming the other way. These trails feature some technically steep up and down ridges that you have to carry momentum and speed or you might have to get off and push your bike to the top. Very fun singletrack!

If coming from River Bend Trails , start at the entrance to the wide gravel "River Park Nature Trails" - characterized by large boulders to sit on and numerous signs describing the flora and fauna of the area. Local schools often bring students out to the River Park Nature Trails for field trips, but the New Territory Trail only uses a very short section of them to gain access to the bridge over the Brazos River at US 99 North.

At the entrance to River Park Nature Trails, drop towards the right on the gravel path, and it will soon lead you under the US99 bridge. Just after the bridge, look to your right and exit the gravel path around a concrete barrier. From there, make your way over the Brazos River using the bridge.

On the north side of the River, find the doubletrack trail on the top of the "levee", and this will lead directly to the forest, where the singletrack New Territory Trail trail awaits. 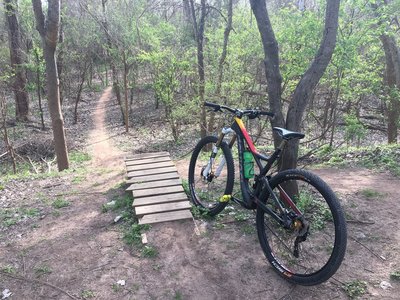 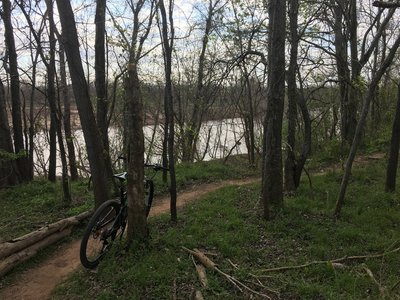 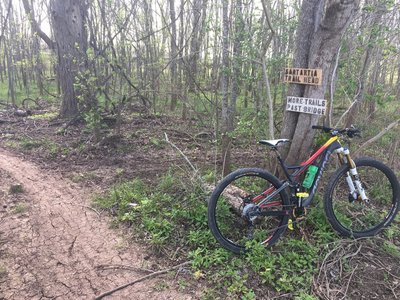 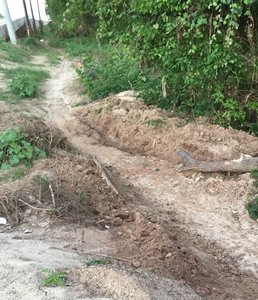