“No singletrack, but fantastic mountain scenery. ”

Family Friendly It's steady climbing, but kids could ride a mile or two of it at the bottom, which is fairly flat.

In places, it parallels the PCT, however, and it stops just short of the Pasayten Wilderness. Forest Service policies prohibit bicycles in both venues.

The top 20% of the almost 5100 feet of climbing affords some of the most fantastic views of the Cascades imaginable. See the pictures, although they may not do justice to what you'll see in person. It's a long grind from near Mazama to Harts Pass, but from Harts Pass to Slate Peak is a wonderland. Of course, one could drive a jeep up to Harts Pass and then ride the rest of the way to Slate Peak, but that is too short a distance to be a great outing.

If you do drive part of this route, you'll need a capable four-wheel-drive vehicle, ATV, or dirt bike.

Ride on the valley floor from the vicinity of the Robinson Creek or Ballard Forest Service campgrounds. After about a mile, you start climbing. It's not difficult until about mile 4, where you reach a promontory with a view into another valley. At that point, the road becomes rockier and rougher and the grade increases. But it's rideable. A mile or two of hard climbing and it eases off again, allowing one to resume a steady, almost middle-ring climb.

About mile 11.3, and about 3500 feet above the valley floor, one reaches Harts Pass and an intersection with the Pacific Crest National Scenic Trail (bicycles forbidden under Forest Service policy) and other dirt roads. There's a Forest Service guard station there, with residents in the summer of 2015, and a picnic table.

So far, the scenery will have been unexceptional, though pleasant. But as you look up the road from Harts Pass toward Slate Peak, you get a glimpse of what's in store. Ascending, the road winds through a landscape that looks like the Swiss Alps. And you start to get better and better views of the Cascades.

To get to the old military observation site at the top, you go through a gate (motor vehicles must stop at this point) and do a tough final power climb. At the summit, you're standing on Slate Peak, a mesa that the military may have leveled off for their now closed observation tower. There, the views are nothing short of unforgettable. You'll be ringed by jagged peaks, some snow-covered, in every direction except north, where you see a magnificent valley (maybe a cirque) in the Pasayten Wilderness well below you. Don't forget your camera.

The descent will, naturally, be a blast and you'll be rewarded for all of that climbing.

The Slate Peak observation tower is said to date to World War II. More detailed information should be available online. It's in a decrepit state now and one is well advised to observe the no-entry sign at the bottom. The views are good enough without climbing the tower. 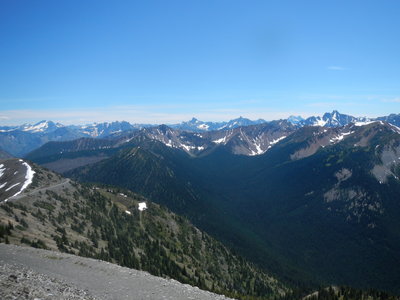 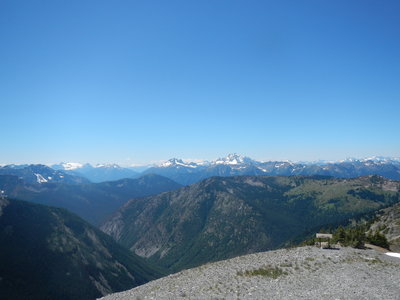 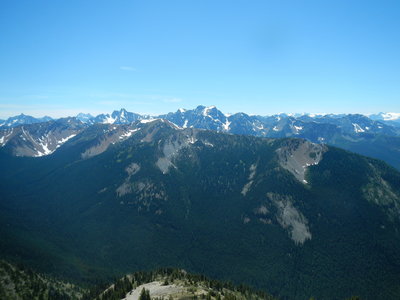 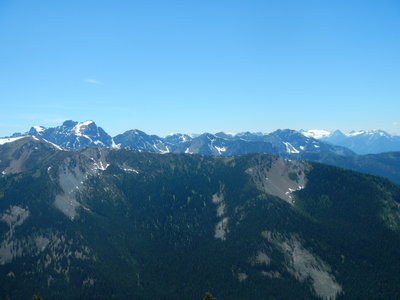 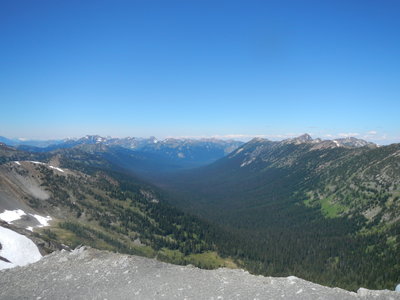 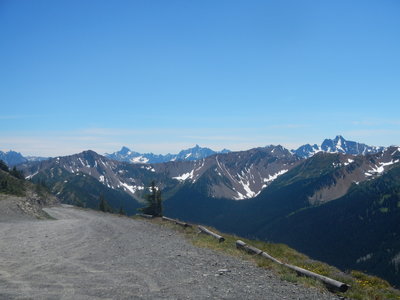