“A remote backcountry out and back ride on an old pack track through awesome alpine scenery. ”

The trail could be snow covered in winter. Do not attempt in bad weather. Severe conditions can be encountered on Fowler Pass any time of the year so be prepared.

This can be done as an out and back ride from the Rainbow Road. From the north the 4WD Rainbow Road passes through private Rainbow Station. For access information see rainbowstation.co.nz/. Google Maps shows the Rainbow Rd as the Tophouse Rd, but locally it is known as the Rainbow Rd.

There is public 2WD access from Hanmer Springs 30km to the south of the Pass Stream trailhead. From Nelson, it is about three hours drive to Pass Stream through the Rainbow where the old pack track starts behind the old musterers' hut.

You can make a loop either going in or coming out over Maling Pass (a very steep climb) via the St James Cycleway along the true left of the Waiau River. There are also the options of riding down the Stanley R from Stanleyvale and out via the Edwards, or past L Guyon to the Waiau then south down the cycleway and out via the Edwards or Peters Pass to the old St James homestead. However, all of these options are lengthy. An out and back gives the best riding, with some pushing going back up Fowler Pass, but is easily achievable as a day ride. There is a DOC hut at Lake Guyon if you want to make an overnight trip of it. The total time for the out and back trip is 6-8 hours.

The track starts in the small group of trees behind the musterers' hut at Pass Stream. A graded pack track climbs steadily from the hut. The grade is generally easy and mostly rideable, although there are one or two steeper pitches.

Fowler Pass is reached in about an hour. From the pass the track zigzags down a steep side slope then sidles down Smyths Stream with a few creek crossings. After the Stanley River is forded the country opens out. From the Stanley Vale Hut a 4WD track heads down to Lake Guyon where the DOC hut is by the lake.

The ride is entirely within the St. James Conservation Area. The area was one of the largest operating cattle/sheep stations in the country dating back to 1862. It was purchased by the Government in 2008 for public conservation land to protect its natural, physical, and cultural values and to open it up to outdoor recreation and tourism. 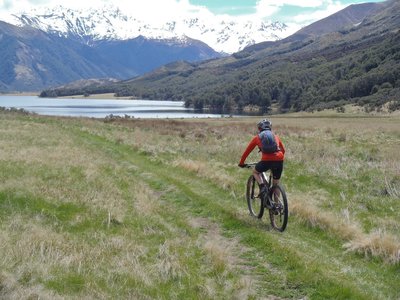 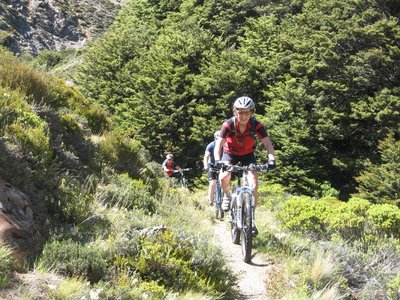 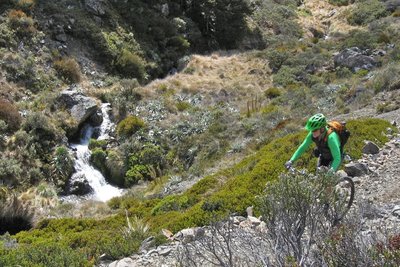 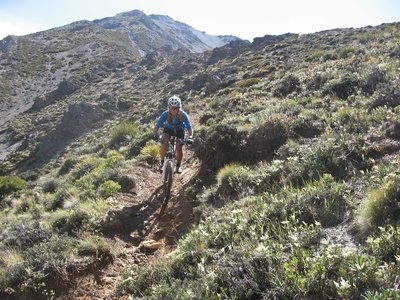 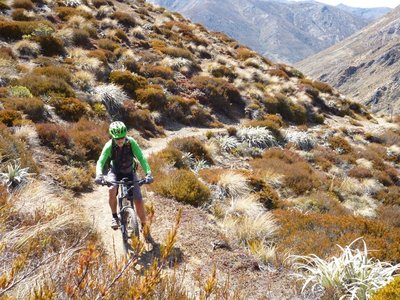 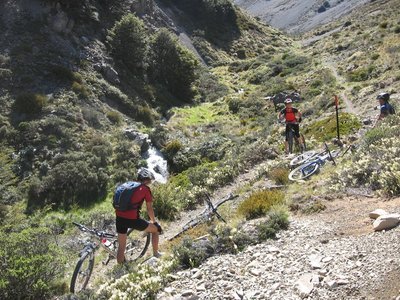