The most scenic backcountry ride in New Zealand. The track takes you from lowland beech to sub-alpine forest at 915 m then through the red tussock fields of Gouland Downs and the smaller shrub fringed Mackay Downs.

There is a 12.5 km downhill from Mackay Hut to the confluence of the Heaphy and Lewis Rivers through luxuriant West Coast bush. Cross the Heaphy River on a 148.5m suspension bridge and follow the river through nikau palms to the roar of surf on the golden beaches of the Heaphy coast.

Ride along an amazing coastline for 16.5 km to the road end at Kohaihai. Make sure you stay overnight in Karamea 16 km from the southern end of the track or you'll miss out on one of the best parts of the trip ... the legendary West Coast hospitality.

The weather in this area can change with little warning. Bitter cold and snow can be encountered at any time of year so carry spare warm clothes and a survival blanket. The midpoint of the track is 60 km from civilization so go well prepared with your bike in top condition and with enough tools to carry out repairs. For detailed information see mtbtrailstrust.org.nz/Heaph….

Heaphy Track can be ridden in either direction. As it is currently only open for mountain biking in the winter months, riders should be prepared for all weather conditions. With six huts along the track, there are many options for doing the trip. Uber fit, experienced backcountry riders who plan the ride carefully can ride through in one day, but this is not recommended.

From the northern end, the track climbs through native bush on an easy grade to Flanagan's Corner, the highest point on the track at 915 m, before gradually descending to Perry Saddle at 880m, where there is a 28 bunk hut. From here the track descends through bush before emerging into the open tussock country with stunning views of Gouland Downs where there is an 8 bunk hut.

Beyond Gouland Downs Hut, the track is relatively level as it crosses the northern part of Gouland Downs before climbing through beech forest to Saxon Hut.

From Saxon Hut the track drops slightly to grassy flats beside the Saxon River then climbs gently up to a broad ridge, which joins Gouland Downs to Mackay Downs.The track then skirts the edge of Mackay Downs to James Mackay Hut. The vegetation is alternately tussock field and shrub-fringed patches of beech forest. James Mackay Hut is situated just above the track on an open terrace. This is a new 28 bunk hut. The Tasman Sea and Heaphy River mouth can be seen from here, 15 km to the west and 750 m below.

Beyond James Mackay Hut, a gradual descent to the Heaphy River begins. The track is through beech forest at first, but richer and taller forest typical of the West Coast become dominant. Occasional tantalising glimpses of the Heaphy River below are seen through the forest. The 20 bunk Lewis Hut appears at the junction of the Heaphy River with the smaller Lewis River along with the first nikau palms.

From Lewis Hut, the track crosses the Heaphy River, via the new 148.4-meter suspension bridge. The track continues along the left bank to the river mouth through a forest of kahikatea, rimu, and rata trees to the modern 32 bunk Heaphy Hut.

The track south to Kohaihai is through forest although beach walking is possible in some places. Some of the small streams are not bridged and can be dangerous after heavy rain. The forest has rata and karaka trees, many vines and groves of nikau palms. After Scotts Beach is reached, there is a final climb on an easy grade over Kohaihai Saddle and down to a bridge across the Kohaihai River. The track follows the riverbank for 400 m to Kohaihai carpark where there is a shelter and phone. From here, it is a 16 km road ride into Karamea or you can use the phone to order a shuttle.

The DOC has put a lot of work into upgrading the track surface so it is not now difficult riding; however, it is a ride that should be on everyone's bucket list for the scenery.

The first record of Europeans using the Heaphy Track route was 1859. Exploration by James Mackay led to the first cutting of a formal track in the mid-1860s. It was used by miners traveling between the Collingwood and West Coast goldfields and was later significantly realigned and upgraded to a horse track. This track, the basis of the present track, was maintained by the Collingwood and Buller County Councils until 1964 when NZ Forest Service, now Dept of Conservation (DOC), assumed responsibility.

Formal protection of the area began with the establishment of the Gouland Downs Scenic Reserve and Wildlife refuge in 1917. Other areas within the present National Park were gazetted State Forest from 1920, which resulted in the North West Nelson Forest Park in 1965. In 1996, the Forest Park and some adjoining areas became Kahurangi National Park which resulted in mountain bikes being excluded, and it took 15 years of lobbying to have mountain biking reinstated as a legitimate activity. 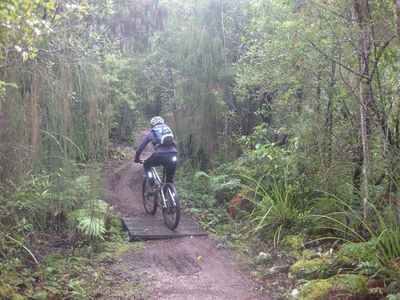 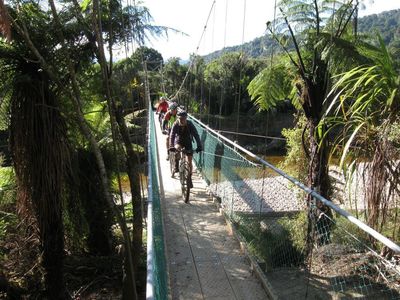 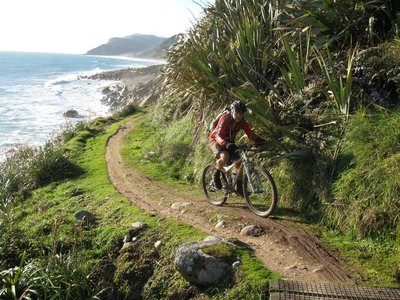 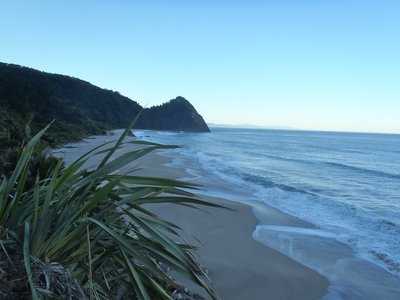 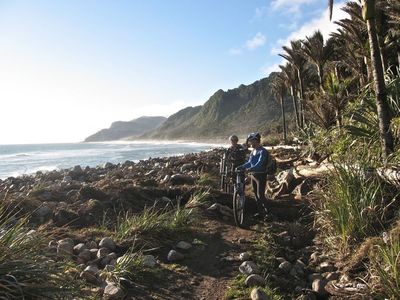 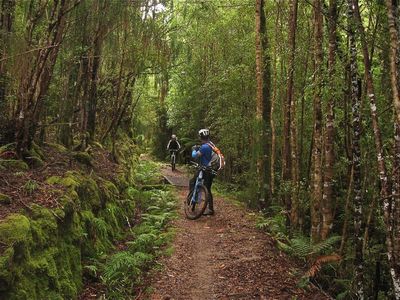