This is typically ridden as a shuttle from top trailhead (shared with Surveyor's Ridge Trail ). As such, it's one of the most consistent downhill grades in the gorge (albeit with a short climb in the middle). Always be watchful for uphill traffic, this trail sees a lot of hikers coming up from Hwy 35 to the viewpoint.

If ridden from the bottom up, it's a very strenuous and sustained climb, with only one short rolling section in the middle. There's a great viewpoint about halfway up the climb, that some folks use as a turn-around.

As an alternate option, try a lollipop loop and get all the way to the upper trailhead. After climbing up past the viewpoint, watch for the trail to split, take the left fork. This kicks out to a rarely used doubletrack road that meanders up to the upper trailhead and parking, just stay on the main doubletrack road past a few splits. It's a much better and consistent grade than the singletrack and you won't run into anyone screaming down the steepest section of trail.

The first couple pedal strokes up Dog River seem easy enough, but then you hit a couple of switchbacks and wonder what the heck youre doing. Dont worry, the trail soon levels out again into a mellow, rolling climb above the namesake creek. The side slopes are thick with wildflowers in the spring, but keep your eyes on the narrow tread.

Youll hopefully be warmed up by the time you cross a small bridge because then the climbing starts in earnest. Up, up, and away! A modest descent through massive fir and pine trees signals the transition to upper Zig Zag. Dog River does become a high-speed descending experience, so it is best to start the ride early to minimize the likelihood youll see other people. 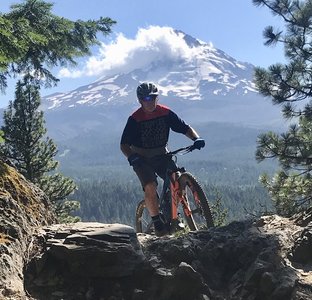 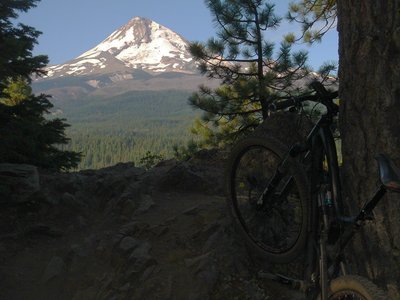 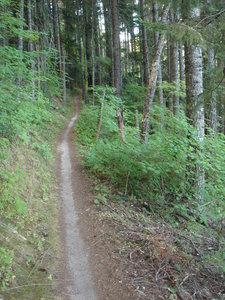 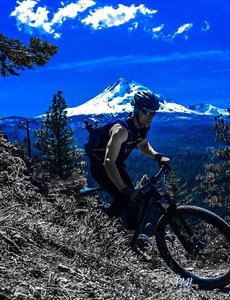