Family Friendly Simple, flat riding for all levels of riders, including young kids.

Hewen's Creek Park is an oasis of wildness in a rural-suburban setting. A relatively large roadless, non-agricultural area for southeastern Michigan, it is home to a very interesting variety of wildlife. The list of species found includes coyotes, pheasants, rabbits, deer, songbirds and migratory waterfowl. Parts of the park are also characterized by a very dynamic vegetation cover.

Although some of the park is covered by woodlots that change slowly, other parts are undergoing rapid changes. Specifically, the eastern field that was formerly farmed is quickly being colonized by aspen and soon will be a young forest. The wooded swamp in the southeastern part of the park is becoming more open as the many ash trees found there succumb to the emerald ash borer.

Those who like to fish will find big bluegill and bass in the pond near the Bemis Road entrance. In contrast to nearby Rolling Hills Park the terrain is relatively flat owing to it being part of an old glacial lake bed. The vegetation is typical of such areas and is very colorful in the fall.

You can keep current on Hewen's Creek by checking out their Twitter feed, here.

The multi-use recreational trails within the park traverse the many environments described above. The Central Loop (Yellow) runs beside the pond, passes through parts of woodlots, next to wooded swamps and runs through old agricultural fields with detours through wooded fence lines. The Eastern Loop (Red) twists its way through old field converting to young forest. The Northwest Loop (Orange) winds its way through lowland forest and along a creek and pond.

From a mountain biking perspective, the trail is rated easy but does put a premium on bike handling if you try to go fast. There are a few "obstacles" along the trail here and there but they can easily be gone around or stepped over. Some areas can be wet after a heavy rain and it is probably best to avoid this trail in early spring and after big downpours. If you ride quietly you'll probably hear and maybe see wildlife.

If you desire a longer ride, you can combine the Hewen's Creek ride with the trail in Rolling Hills Park, just west down Bemis road about 1/4 of a mile. There is a connector trail into Rolling Hills at the northwest corner of Bemis and Stony Creek Roads. 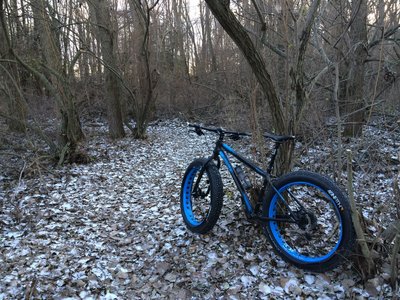 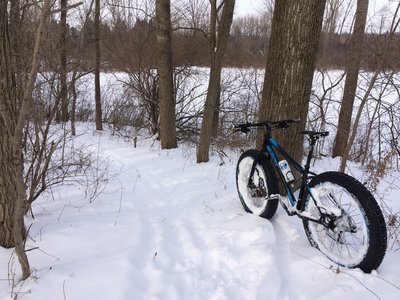 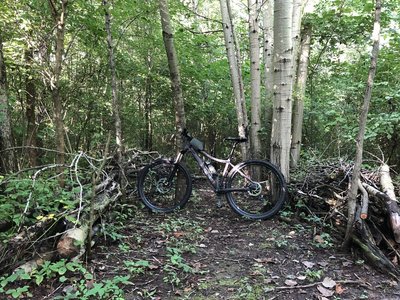 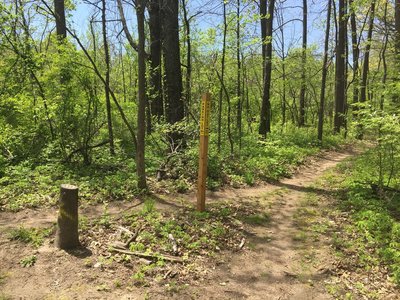 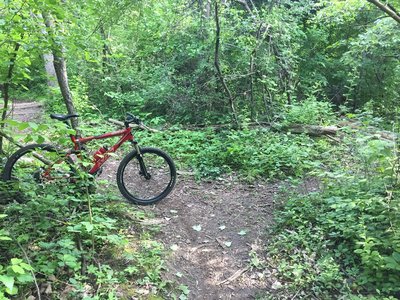