Although its not a very developed park, PA State Park rules are enforced. No drinking and no dogs off leash.

The first "planned for mountain bikes" trail system in PA State Parks, Swatara is great ride to introduce someone to the joys of singletrack. Well designed contour trails with log and root obstacles, the network is a text book stacked loop system so you can bite off as much or as little as you want.

The trailhead can be a little hard to find, its off State Park rd, just after you pass the sign for the Appalachian Trail.

The ride twists and turns through fairly mature hardwood forest, with several creek crossings. Be prepared for numerous log hop opportunities as they make up the major technical challenge of the trail system and seem to pop up when you least expect it. For the most part, the trail surface itself is packed dirt, making it a less intimidating introduction to singletrack riding then most PA trails.

This route is described counter clock-wise and on the exterior of the system, but clockwise works as well, and might even be a little better. The ride here covers A, A1, A2, B, C and D loops, but if you wanted to ride more, you could easily take one of the connector trails and reverse direction on any given loop for a different experience.

The park itself was originally intended to become a Dam in the 1960's. The state took possession of the land, but never developed it. It was declared a State Park, but remained undeveloped until the early 2000's. SAMBA got involved in the very early stages of the park planning process and were able to create this gem of network over the course of the last decade. So if you find yourself north of Harrisburg with your bike, definitely stop and ride! 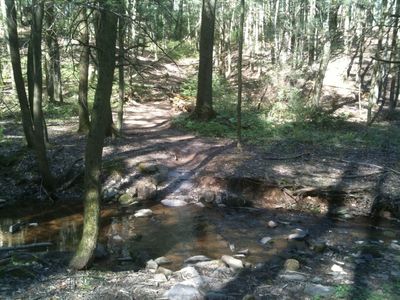 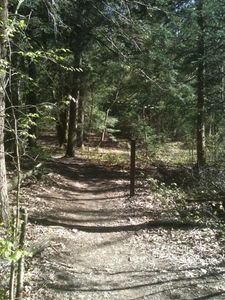 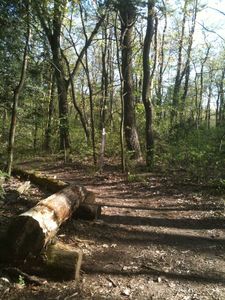 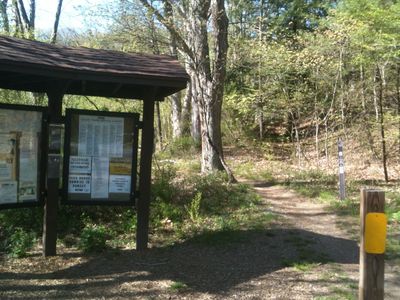