“A take-no-prisoners loop around Pass Mountain. ” 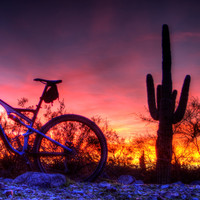 If entering from Usery Park, there is a fee. The sandy Tonto Forest access at the northwest corner is free.

Most of the trails in Usery Park are easy, beginner trails. Experienced mountain bikers often hit up Usery when they are recovering from injury - like after riding Pass Mountain.

Pass Mountain is (mostly) rideable in either direction, but clockwise is a bit more manageable as it puts more of the chunkier sections on the downhill and it will be an easier climb up to the saddle. There are a couple of possible starting points, but heading north from the Usery parking lots is a gradual climb with several water barriers that are not insurmountable, but after a few dozen they start to sap your strength. Near the northern end there are some treacherous wash crossings that only the bravest will tackle on a bike.

On the northern side of Pass Mountain, things really get interesting. The narrow, off-camber trail hugs the side of the mountain as it winds its way precariously along the escarpment. Take advantage of the viewpoints to get your fill of scenery. Hopefully once you're satisfied it will allow you to laser-focus on the trail rather than gawking at the scenic Goldfied Mountains and inadvertently riding off a cliff (don't ask me how I know).

Continuing around the northeastern side of the mountain is more of the same fun, rolling, cliff-edge riding, mostly smooth, decomposed granite surface with some techy boulders now and then to challenge you. There is one rocky, rubbly climb before you arrive at the saddle. The whole northern section of the trail up to the saddle is five-star stuff, so many prefer to turn around at this point and bomb back down for a ridiculously fun ride.

You don't have to be criminally insane to continue the loop clockwise from the saddle, but it helps. You'll first have an off-camber rock ledge to maneuver. There's a high penalty for failure, so walk it if you need to - somebody has to live to pay the mortgage. There are some hairpin turns and a chest-on-seat rockface to descend. The trail smoothes out for a bit, but much of the southern portion will include streambeds, babyheads, and bowling balls. The chunky downhill stuff is rideable but may shake your kidneys loose before you're done. You feel super-human if you've made the descent from the saddle with all your skin intact, but don't lose focus on the last bit back into Usery, as the chunkiness has been known to grab a front wheel and send an overconfident rider OTB. 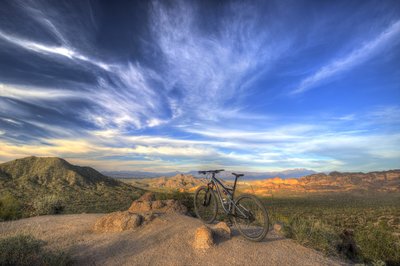 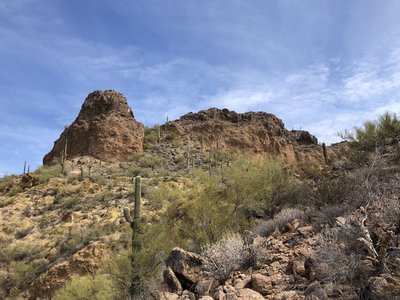 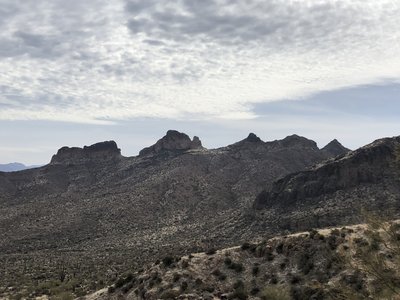 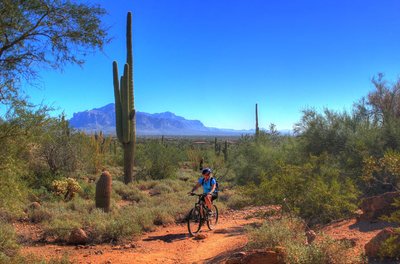 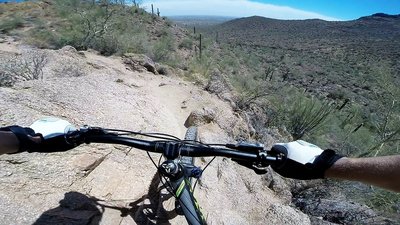 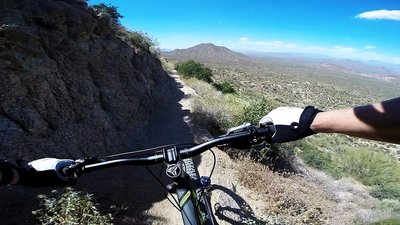