Fort Clinch is a great ride north of Jacksonville in the state park that bears the same name. Although not a long ride, the route features a mixed forest of mossy oak, pine and palmetto. The trail is not overly technical but does include some tight, twisting sections and some steep ups and downs.

Admission fee: $6 per car or $2 per bike to ride into the park.
The Ft Clinch route goes clockwise and is clearly marked at each point where the trail intersects the road. The described route starts at the visitors center. If you ride in, you can enter the trail about 0.3 miles from the gate where the trail crosses the road (which is half way through the ride as described below).

Starting clockwise, look for the trail to duck into the forest on the edge of the parking area, on the west side of the main road. The route will jump right into its roller-coaster nature, climbing and descending quickly, up and around the small dunes that characterize the landscape. Youll be more or less paralleling the road, heading south. After the initial twists and turns the trail settles into longer stretches of flowing singletrack interrupted by intermittent road crossings and a few punchy sections. One of the highlights will come when you have to shift down into an easier gear to climb a beautiful section of flagstone paving.

About half-way through the ride, the route crosses the main road and heads back to the north, paralleling the road more closely than the west side. The trail has less elevation gain/loss than the west side and requires a short section of pedaling on the road to avoid large dunes (off limits to everyone).

The ride finishes with a cool section through the pines before breaking out into the parking lot at the visitors center.

In addition to great mountain biking, Fort Clinch State Park also showcases one of the most well preserved 19th century forts in the US. It was garrisoned during both the Civil and Spanish-American wars, although it saw no battles. The Civilian Conservation Corps worked extensively in the 1930s to rebuild and preserve much of what can be seen today at the fort. 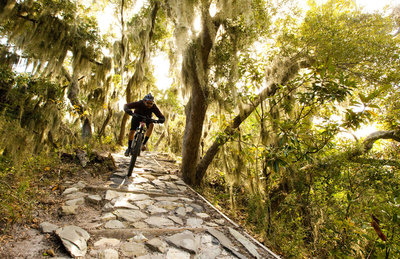 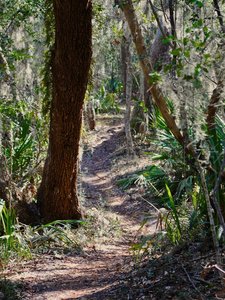 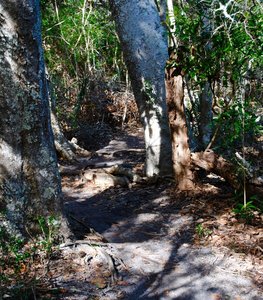 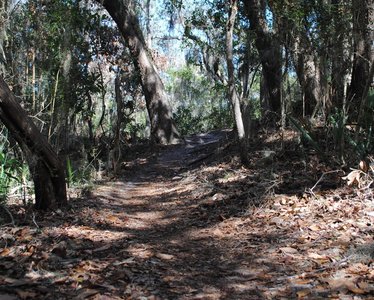 All Clear 59 days ago See History