“Rocks, roots, and rattlers with plenty of ups and downs. ”

This is the section of the long-distance, multiuse Pinhoti trail, best known from the Snake Creek Gap Time Trails held on the first Saturday of Jan, Feb, and March each year. This is a truly epic trail, as in IMBA-Epic. Within this section one goes over 4 mountains, up and down long ridgelines, and over absolutely countless roots and rocks, almost all on singletrack.

Beginning at the large trailhead parking lot with facilities at Ga Hwy 136, the trail immediately ascends Mill Creek Mt. and follows the ridgeline, criss-crossing the ridge later on until a right curve and fast non-technical descent down the mountain to Swamp Creek which the trail then crosses a few times. After this is a short section of doubletrack uphill, then a sharp left back onto singletrack and along the ridgeline of Middle Mt and eventually a subtle peak and another sharp right.

Next comes a technical, rocky descent to the Hurricane Mt ridgeline. After the descent smooths out, there is a small sidetrail to Stover Creek, part of a favorite local loop, see the map for a full description of that loop. The Pinhoti continues along the the Hurricane Mt ridgeline another mile over some manageable rock gardens until hitting a steep descent into a saddle between Hurricane and Rocky Face (aka Dug) Mts, known as England Springs.

At the low point, there's another side trail to the west that goes to Hurricane Creek where there is another access point. The Pinhoti continues north up the mountain, literally up "the wall", a very steep and technical rocky section. Once back on the ridgeline, from here to the end is almost one continuous rock garden as well as some gradual climbingto the highest point on the trail. There is an overlook at Dug Gap. At other locations along the various ridge lines there are occasional peekaboo views, mostly of whichever ridge is next door.

Overall this section of trail drains very well, like almost all of the Pinhoti, due to the nature of the rock and soil and can be ridden even when fairly wet with little issue. As with much of the Pinhoti, this is multi use trail also frequented by hikers. It is also open to equestrians (up to the Hurricane Creek side trail), so exercise appropriate caution and courtesy. 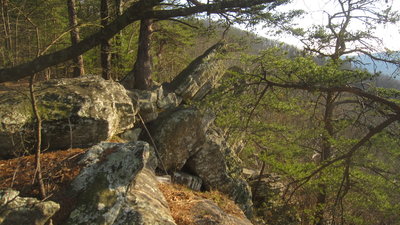 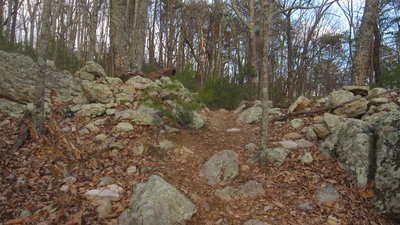 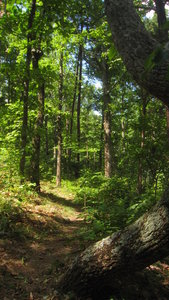 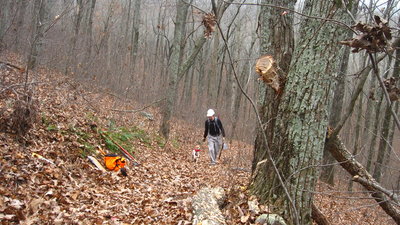 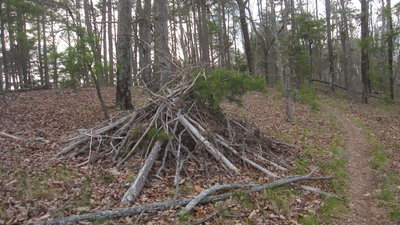 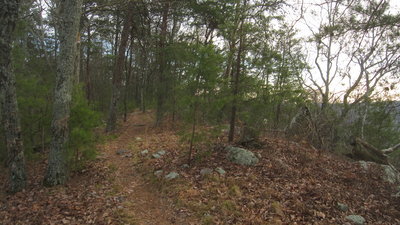