“The old railroad grade over Rollins pass from Rollinsville to Winter Park. ”

Needle Eye Tunnel is closed and barricaded, but a detour path over the tunnel is available.

After passing over Needle Eye Tunnel, veer to the right at the end of the dirt parking area to put yourself on the path that crosses the Trestle Bridges (you'll ride past a gate). You'll bypass the bridges if you stay on the main road, which veers left and up.

Head up the smooth dirt East Portal road from Rollinsville. This part of the road is suitable for all cars and crowded, so many people drive this section and park at the Moffat Tunnel. Check out the Moffat tunnel, which made the original narrow gauge railroad obsolete, before heading up the switchbacks leading up to the continental divide. There is also a bore parallel to the Moffat Tunnel which pipes water from the west side of the divide to the east side, confusing the traditional definition of a continental divide as the division between 2 drainage basins.

As you near treeline, you'll encounter the lovely Yankee Doodle Lake and Jenny Lake. On the east side of Yankee Doodle lake is the Boulder Wagon Trail, which is how 4WD vehicles avoid the Needle Eye tunnel (which is closed and barricaded). But on a bike, there is a clear detour trail over the tunnel.

At the summit, there are a few ways to go, but they all merge back together again before heading down the west side of the continental divide. If you stick to the railroad grade, near the summit is the trestle bridge, which is quite a thrilling crossing. You'll also notice a large number of timbers next to the grade near the summit, which are the remnants of a near continuous snow shed.

Enjoy the pleasant downhill on the West side of the continental divide, while stopping occasionally to enjoy the view and to inspect relics of the railroad. Pop out onto Highway 40, and either cross the highway or ride the shoulder west a bit to access the Fraser River Trail which leads to either the town of Winter Park (West) or the ski resort (East) for food and drink. 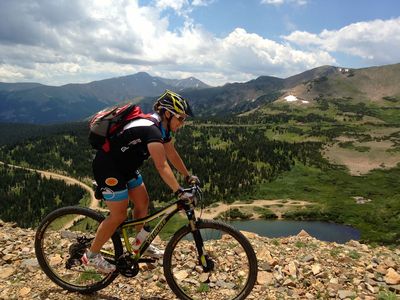 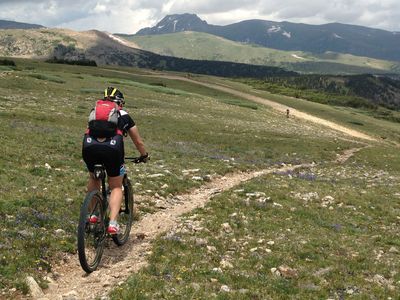 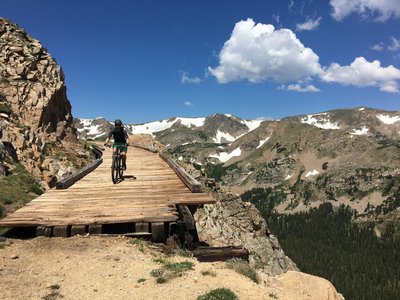 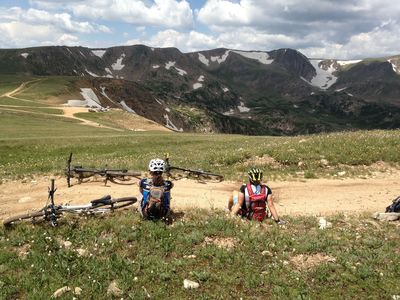 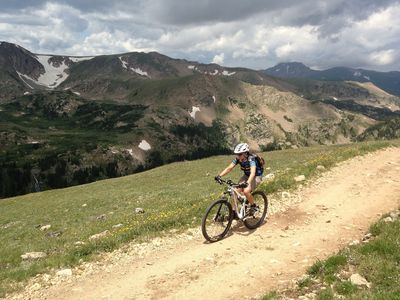 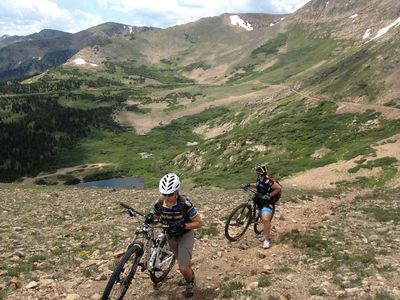